KWEKWE – Fifteen people are reported dead while many others were seriously injured after a stampede at Prophet Walter Magaya’s all night crusade at Mbizo Stadium in Kwekwe this morning. 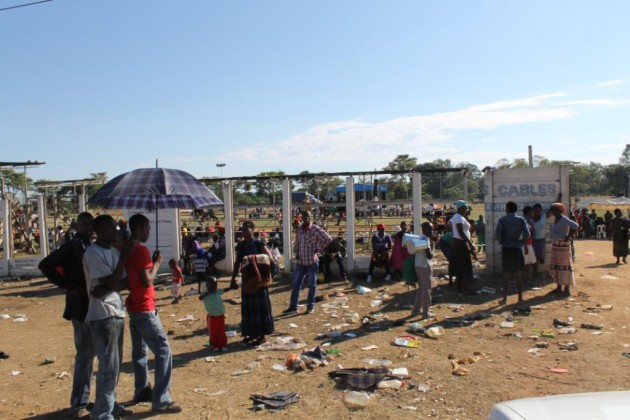 The incident occured soon after the crusade, which was attended by about 15 000 congregants, when police allegedly closed other gates forcing the attendees to use a single exit point.

It is alleged that the congregants then brought down the stadium’s precast wall to open other exit points. Chaos reigned supreme when police details fired teargas into the crowd resulting in the stampede.

Eleven people, including three minors, initially reportedly died on the spot as a result of the stampede with the toll continuing to rise as more reports coming through. The bodies were taken to Kwekwe District Hospital mortuary.

Community speculations are have it Prophet Magaya turned down a request by a Zanu PF to have a senior figure address the strong congregation and this may have led the police to descend on the usually orderly and peaceful spiritual gathering.

Tinashe Gwatidzo is an IT Entrepreneur from Zimbabwe , passionate about technology and the development of technological solutions in Africa. He is the founder and CEO of TG-IT Solutions (Pty) Ltd and Zimbabwe Online Classifieds Site called Pamusika.net

No freedom for Harare landbaron