Steward Bank apologetic for letting down its customers

Steward Bank is sincerely apologising to its customers for the inconveniences ,they are going to upgrade their system from 17th to 20th April.

Steward bank posted on its twitter handle that they are going to enhance their system and is sincerely regretful for the disruption they were causing to their customers.

“We wish you to advise our customers and the general public we will be carrying out a Planned System Upgrade. As a result of this system maintenance, service on Banking platforms will be affected as follows.” 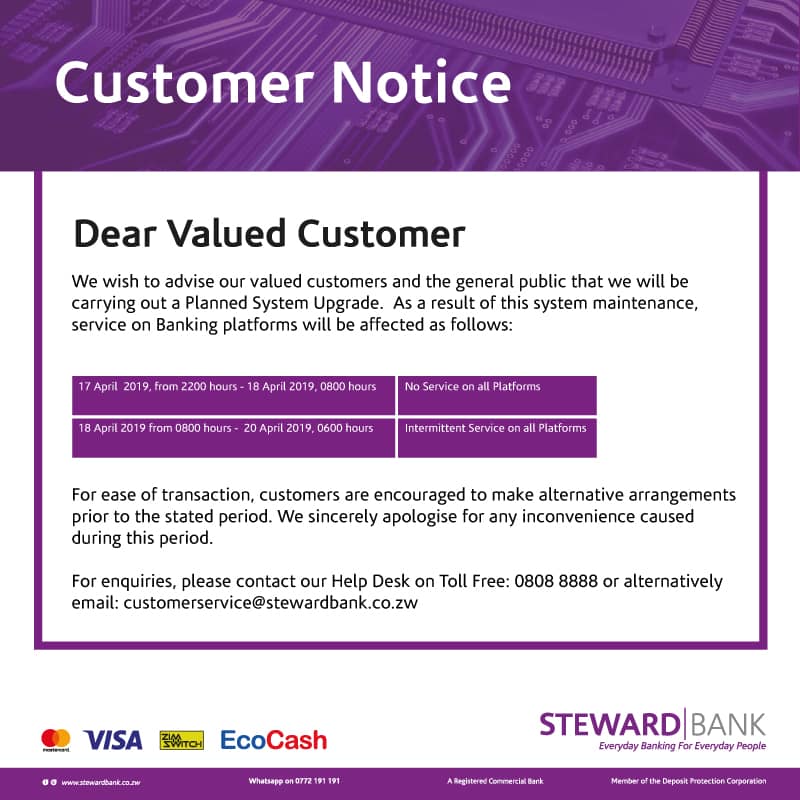 “For ease of transaction, customers are encouraged prior to the stated period. We sincerely apologise for any inconveniences caused during this period,”